Every year around 1.5 million visitors spend their holidays on Rügen. But why is it like that and what is there to see and experience during a holiday on Rügen?

In addition to shallow and fine beaches with their often well-protected location, which attract countless holidaymakers every summer, Rügen has on average an above-average number of sunny days.

But also the largely untouched nature of the island attracts many tourists.

The Kubitzer Bodden is a particularly idyllic region. For a quiet holiday on the Baltic Sea, it is an insider tip, as only a few tourists have been drawn there so far. The Kubitzer Bodden residenz is located exactly on the border between green meadows and the shallow bay. It is about a quarter of an hour from Stralsund and about 30 minutes from Binz and Sellin.

The Kubitzer Bodden residenz is a holiday complex that is only aimed at adults - not directed against the young, but rather, true to our philosophy, in the interests of our guests.

The complex is architecturally located in a mixture of Mediterranean style and country aesthetics. The extensive wellness offer with sauna and heated outdoor pool contributes to relaxation. Bicycles and e-bikes are available for excursions into the picturesque surroundings. Another attraction is the own horse farm, where there is always a free place in the stable for holidaymakers with their own horses.

Of course, you can just relax here, but the Kubitzer Bodden Residenz offers various holiday packages so that you don't get bored. The 7-day Track ´n´ Trail program, for example. For a whole week you can explore the surrounding landscape with its beautiful nature on horseback without disturbing it. The horse and fitness program combines riding excursions with a fitness program, for which the in-house fitness studio and the fleet of e-bikes are available. Sauna sessions offer variety and promote regeneration. If you are not enthusiastic about riding, you can simply book a 7-day fitness week. Aside from physically demanding fitness offers, there are also programs with light physical activity, such as using the pool and yoga classes. Painting courses or art trips can also be booked for mental relaxation. If you are looking for action and not peace and quiet on your holiday, the action program with jet ski and quad excursions is certainly more suitable. A fasting cure can also be booked under the guidance of a naturopath from your own naturopathic practice on Rügen. The residence also has a lot to offer in culinary terms, from champagne to barbecue. 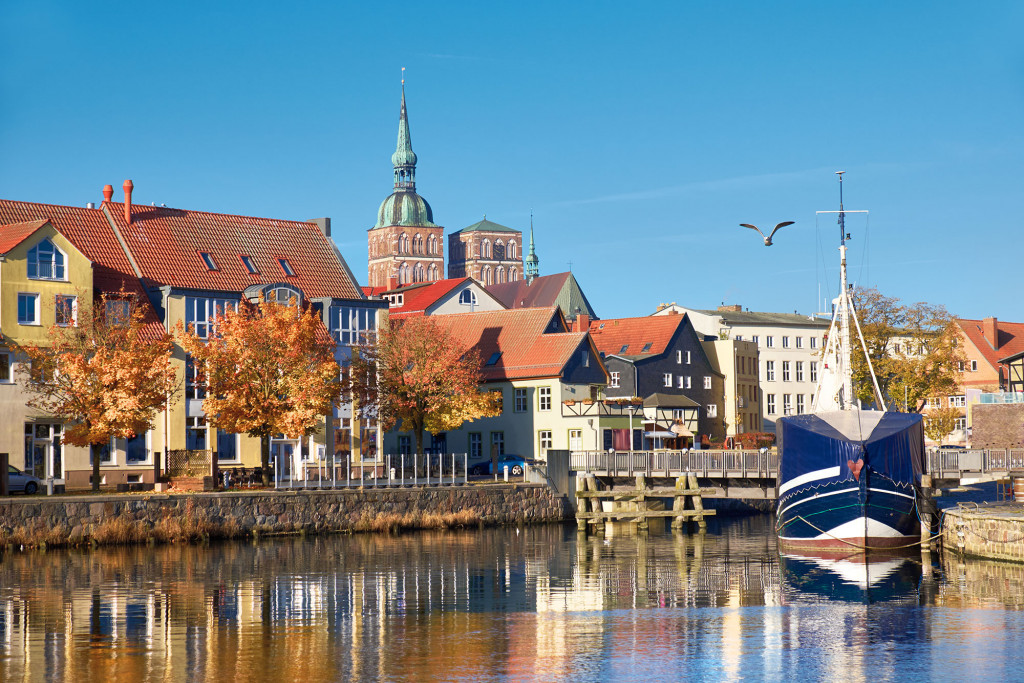 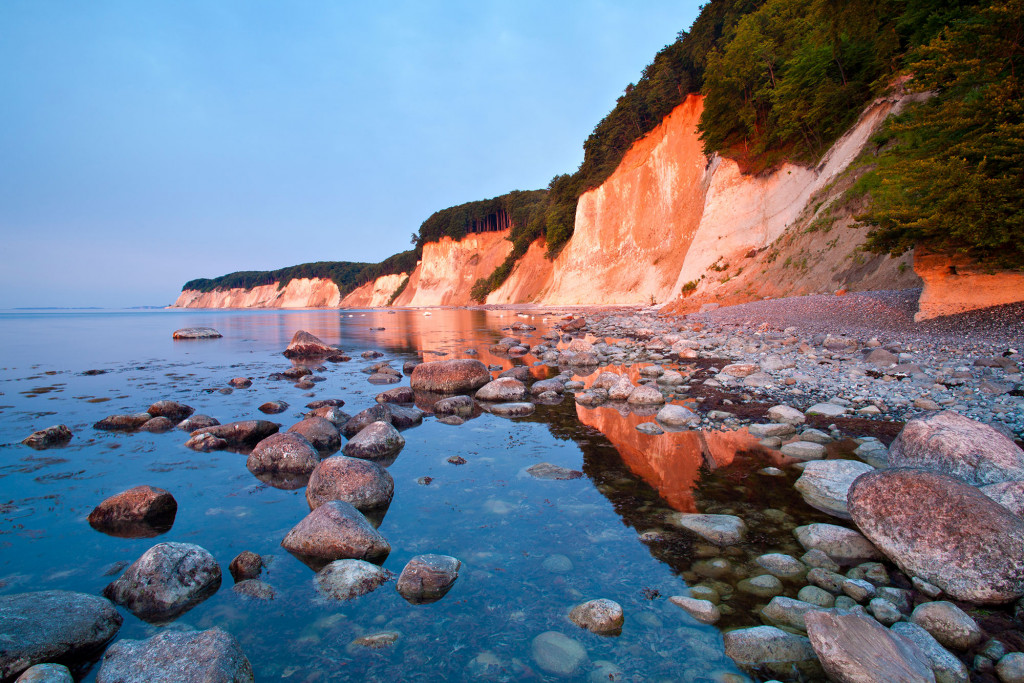 What is there to see and do on vacation on Rügen?

For decades, Rügen has been a place of longing for Germans. One reason for this may lie in the representations of the painter Caspar David Friedrich, who are known to every schoolchild today, who went to the island in 1818 to capture the imposing chalk cliffs on canvas. He was a kind of pioneer, because only three years earlier the island had been ceded by Sweden to Prussia. This "discovery" of the island was followed by the founding of numerous seaside resorts in the middle of the 19th century. At the turn of the century, Rügen became a popular destination for Berlin high society. The seaside resort architecture, which is characteristic of Rügen, still bears witness to this period. In the 20th century, Rügen became an attractive holiday destination for the general public.

If you are on holiday on Rügen, the route usually leads via Stralsund. It is not for nothing that the city is called the gateway to Rügen. However, the historic Baltic city is too good for a mere transit. Seeing the historic old town with its characteristic gabled houses is worth a short stay. They date from the Middle Ages and used to be the residence of wealthy merchants. Impressive buildings are also the town hall and the numerous churches of the city. In the marine museum with its huge water basin, a large variety of marine animals can be admired. Also popular is the Ozeaneum, which also provides information about the fauna and flora of the seas and the importance of the oceans for humans. The way from Stralsund to Rügen leads over the 4 kilometer long Rügen bridge, also an impressive structure. But there are also ferry connections.

In the southeast of the island, the small but sophisticated seaside resort of Sellin is one of the insider tips. The wide boulevard, flanked by the bright facades of numerous historic hotels, leads directly to the famous pier with its iconic restaurant. There is an excellent bathing beach all around. The place also houses the only amber museum on the island of Rügen. A highlight in town is the diving gondola. It can be used to take a look below the surface of the sea without getting wet.
However, one of the most popular seaside resorts for a vacation on the Baltic Sea is Binz. The extensive beach in particular is a magnet for holidaymakers. In addition, Binz has a 3 km long beach promenade with many shops selling locally produced food and souvenirs. Most of the tourists who spend their vacation on Rügen cavort here in summer. Rügen vacationers who are interested in historical buildings should visit the Granitz hunting lodge when they are near Binz. It was built in the middle of the 19th century by order of Prince Malte zu Putbus, who at that time owned a large part of the island. Today it houses a museum. A highlight is the central tower, which today functions as a viewing platform and allows a wide view of the surrounding landscape.

One of the island's celebrities is the narrow-gauge railway, the Rasende Roland. Commissioned at the end of the 19th century, it still drives large parts of Rügen today. Contrary to what the name suggests, this steam locomotive is not particularly fast. Today it is less used for traffic and more for tourist purposes.

Further north, the so-called Colossus of Prora awaits the traveler. The massive structure made of solid reinforced concrete was built in the 1930s as a vacation home for workers, but ultimately remained unfinished. A local museum informs vacationers on Rügen about the difficult history of this historical place. Not far from Prora is a very special sight, the treetop path. The scaffold-like structure meanders spirally towards the sky. Once at the top, there is a spectacular view of the surrounding forests. Not a single step has to be overcome because the treetop path is barrier-free.

In the north of the Prorer Wiek is the Sassnitz ferry port. From here there are ferry connections to Scandinavia, Russia and the Baltic States. In addition, the museum submarine HMS Otus, which was formerly in British service, is moored in the harbor. The Jasmund National Park joins in the northeast of the island. With its natural beech forests, it represents a pristine piece of nature. It also houses some of the most beautiful chalk cliffs on Rügen, above all the 118-meter-high Königsstuhl. This is a main attraction that can be recommended to every vacationer on Rügen. A protruding viewing platform allows a wonderful view of the entire coastline with the imposing rock formations.

In the north of Rügen is Cape Arkona, which is surrounded by a mysterious aura. The coast with its steep cliffs is a harsh environment. In the Middle Ages it served as a hideout for pirates, such as the legendary Klaus Störtebeker. The historic lighthouses located here are also one of the landmarks of the island. A rampart from the 12th century testifies to the earliest human settlement on the island. There are also old military bunkers from the time of the world wars to discover.

Even friends of the baroque and classicism will get their money's worth on a holiday on Rügen. The city of Putbus has numerous magnificent historical buildings from the 18th and 19th centuries. The architecture around the market square alone is nice to look at. The castle park with its large orangery invites you to take long walks. The actual castle is unfortunately no longer preserved today. Another attraction is the Putbus Circus, which is not a ring with clowns and showmen, but a roundabout of classical buildings. The Christ Church is also worth seeing.

While the eastern part of the island can be overcrowded by Rügen vacationers in summer, the western part of Rügen is relatively quiet. This is especially true for Hiddensee, an offshore island northwest of Rügen. Motor traffic is prohibited here. The only noticeable sound is the rush of the sea.